The protagonist of today: potatoes

Did you know that…

The potato is a tuber.

“The Potato Eaters” is a painting by Vincent Van Gogh currently stored at Amsterdam, in the Van Gogh Museum.

The great famine that struck Ireland between 1845 and 1849 due to a fungus (Phytophthora infestans) that ruined the potato caused an unprecedented flow of migration to America. The fungus destroyed most of the crops of potatoes putting down the entire nation.

In cultures such as Hindu, the potato is seen as a food of low spiritual value.

In the area of Canavese, in the Italian region of Piedmont, they make the “salami potato”.

The world’s largest producer of potatoes is China, followed by India.

It seems that the Belgian fries are an invention that goes back to 1781 in a manuscript that said that potatoes were cut in the shape of small fish and fried, because in the winter there was a shortage of fish to fry.

The success of the chips in bags is due to the chef George Crum who invented the practice to cut the potatoes in a subtle manner and salt them in order to annoy a troublesome customer of the restaurant. Instead, it was a success.

In Bruges, in Belgium, you can visit the museum of French fries. 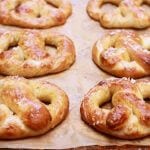 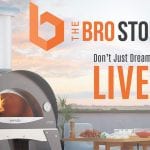